What is a wine union? Interview Emeline BORIE, president of the Pauillac wine union

What is a wine union?

For this new interview with Au MICRO de Bacchus, I am delighted to introduce Emeline BORIE, president of the Pauillac wine union.

She will tell us about her journey, make us want to travel but above all explain the role of a wine union with the rules to respect when we produce wine within the AOC. Then, we will finish with a personal section!

To satisfy all the "teams", find me today this interview on: 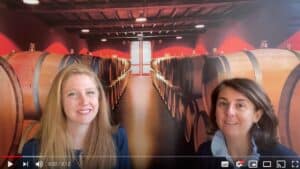 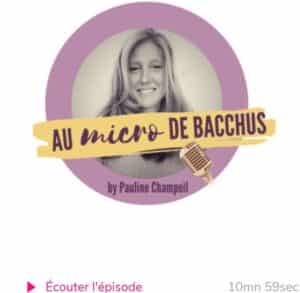 ☀️ Have a good day everyone ☀️

Presentation by Emeline BORIE, President of the Pauillac Wine Union

Hello Emeline, thank you for being here with me today for accepting my invitation to the MICRO of Bacchus. I'll let you introduce yourself and tell us where you come from, what you do…

Hello Pauline it is a great pleasure to be with you this morning. My name is Emeline BORIE, I am the co-owner of Château Grand Puy Lacoste which is a grand cru classé in 1855 of Pauillac, the city in which I was born and raised. The family had been settled for a very long time since we are from Corrèze but we settled in pauillac in 1895 so it's a little older than me. I have a fairly traditional background we will say. Studies in Bordeaux and then a business school in four years in Paris allowed to discover a little Parisian life after the Bordeaux life. And at the end of this business school, I did the master's degree of the OIV. The OIV being the International Organisation of Vine and Wine. This master has the particularity of being a world tour.

It's not bad like studying to go around the world

Listen, it's great. Besides that it's good that it fell in 2005 and not in 2020. Because I don't think we would have been grounded. What is great about this training is that we visited at the time about twenty countries in ten months all producers or importers of wines so it allows to have a great visibility on the world of wine in France but not only and suddenly to discover all this

So, you have always worked at Château Grand Puy Lacoste or have you really worked elsewhere abroad perhaps?

So suddenly, the taste of my master gave me the taste of travel. So at the end of my master's degree, I did an internship in champagne in piper and Charles Heidsieck champagnes. Once finished I had the opportunity to work for two years in Vietnam for a wine importer. Well, incidentally, I was looking to go to South America. I flew the wrong way. but hey it happens… and suddenly worked for two years. that was in 2008-2010. Interesting because it was a bit the beginnings of the wind in these Asian countries so there was everything to do but it was very interesting.

So you worked for two years, feet in the sand drinking cocktails too, right?

We can say that. Because I spent a year and a half in Nha Trang, a small seaside resort. Indeed and after I finished for six months in Saigon, it was more the city. Indeed Vietnam is rather nice for the beach and the sea.

So, Emeline, you are also president of the Pauillac wine union. So can you tell us, explain a little bit? What is the role of a wine union that is now called ODG?

So I am the president of the pauillac wine union since October 2017. I succeeded Jean-Michel Cazes who had been a prominent president since the early 70s. So the wine unions actually ODG as you said. It is Organisme de Défense et de Gestion de l'appellation. Our role in fact is to check that the wines produced on the Pauillac appellation are in line with what is expected of a Pauillac wine. So for this we have a fairly precise specification, then a control point. Pauillac the controls are carried out by the company Qualisud so it is they who come to take samples before the setting or according to the process and who control that the cities are planted as it should with the benches spacing the right number of feet per hectare and then the whole process of winemaking and of course of …

And so it is you winegrowers who are in the unions who make the decisions of the rules to be respected or it is our organization that validates all this? Are you the one behind all these rules?

That's right. So yes and no, that is to say that we, the wine union of Pauillac, we wrote our specifications so with what we wanted the way the wines are made in Pauillac. After all the specifications are controlled by the INAO (National Institute of Appellations of Origin) so which oversees all the ODG and all the appellations of origin and in fact they told us ok we adhere to what you wrote in your specifications that is to say that you are entitled to a number of hectoliter hectares for example produced every year.

Very well it's interesting what you say because it echoes me with the problem or not of irrigation. If the winegrowers wanted to irrigate it means that they would first have to appeal to the wine union and then it goes back to the INAO, right?

That's right. In fact for any decision that an ODG and therefore a controlled appellation wishes to put in place, it is obliged to re-open its specifications, the specifications having been made a very long time ago. Me, my proposal will be that in Pauillac we are the authorization to irrigate so this we will create a commission within the wine union put it in the specifications and then we will submit the specifications to the NAINO with if we take the example of irrigation, irrigation and ask them if they agree or not to do it so it will first go to the regional commission so INAO in Bordeaux and then if Bordeaux validates it goes to the national committee so INAO in Paris.

Agree and therefore even reflection for example with global warming on the new grape varieties that we see finally arrive of new old grape varieties that may be returning to Bordeaux which was not necessarily traditional so same scenario, the winegrowers were going to make their request to the union and so on. OK that's very interesting, thank you for these clarifications.

So within the wine union of Pauillac, do you have any plans perhaps?

Let's say that it is in the continuation of what we have just explained. Indeed today in the specifications, we have a certain obligation to enter agri-environmental standards and we have just launched a study on the AOC Pauillac with all winegrowers. What I did not specify previously but at the wine union of Pauillac we are 34 members so 34 castles including a cooperative which is made up of 14 cooperators today. The idea is to know how to make a point 0, to know the techniques of each property, to know if people are already certified organic or biodynamic. Some may try without necessarily having the ambition to become certified. So the idea is to know where we are, to then be able to enter it into our specifications. The idea is to become like everyone else more and more respectful of the environment. Knowing that we realize just there that we are still very far ahead contrary to what people I may think …

Okay, listen it's a beautiful project. Thank you Emeline for this clarification. We now turn to the personal section. So if you were a wine what wine would you be?

I think it's not going to be too complicated. We will stay on a Cabernet Sauvignon from the Médoc. If I tell you a Grand Puy Lacoste 82 I think you will understand why?

Ha very well, it's a good idea! If you were a book she delivers would you be you?

Listen even if at the moment travel is more limited. We will say the World Tour in 80 days of Jules Verne.

It represents pretty well what my life was like before

Finally, if you were a film what film would you be?

Thank you Emeline for your time. I hope you haven't learned a little more about the wine unions called ODG

Thank you Emeline and I say see you very soon!

thank you Pauline, it was a pleasure to be with you this morning

Here are the old interviews:

What is oenologist: Interview with Diala Younes, president of the Association of Oenologists of Bordeaux